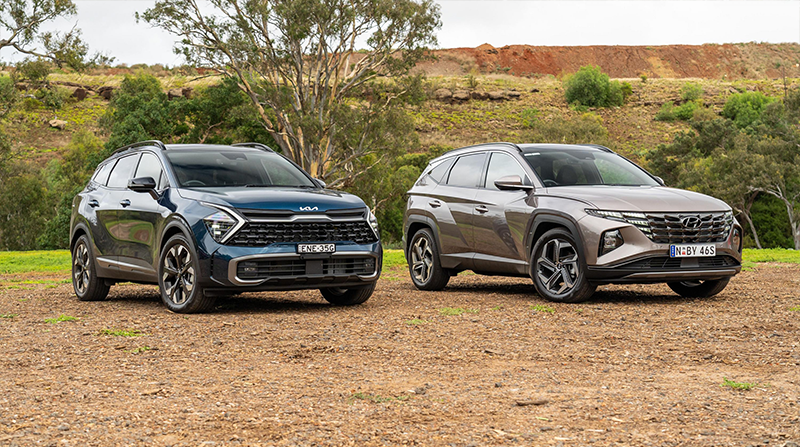 The results are in! The Federal Chamber of Automotive Industries has released the top 10 selling new cars in 2022 so far. Some vehicles are as expected but there are some new entrants who may surprise you.

Here are the top selling brands and cars in Australia so far in 2022.

Even the recent Toyota Hilux recall hasn’t stopped the vehicle from topping the sales figures charts. What can you say? Australians love the Toyota Hilux! Toyota is looking at the unthinkable record of topping the sales charts for 6 years in a row, a feat only ever matched by the classic Holden Commodore.

The somewhat surprising entrant to this list was the Hyundai Tucson. The Tucson has been around for a while but in 2022 it has exploded in popularity moving into second position. To put things into perspective the Tucson wasn’t even in the Top 10 selling cars of both 2020 and 2021 so to say the Hyundai Tucson’s growth has been surprising would be an understatement.

Following the Tucson is the usual suspects of the Ford Ranger, Toyota Corolla, and the Toyota RAV4. All three models look to be continuing it’s success and remains one of the go-to choices for Aussie motorists. Ford will have one small concern seeing the ranger fall from second to third position. The Ranger has been Australia’s second most popular vehicle for 3 years running; however, they only trailed the Tucson by a meagre 38 sales so it’s extremely likely they will capture their second position by year end.

Following the usual suspects is the Isuzu D-Max. The D-Max is another model that has grown leaps and bounds over the last few years. Such is the growth of the D-Max it has moved from the 5th most popular 4x4 to position number 3. It may not be too outlandish to say that in the next few years the D-Max might rival the two kings of the 4x4 market – the Hilux and the Ranger.

In position number 7 is another somewhat surprising entrant, the Kia Sportage. Similar to the Tucson, the growth of the Sportage this year has been surprising to say the least. The Kia Sportage is another vehicle that hasn’t ranked among the most popular vehicles in the last few years but has exploded in popularity in 2022.

After the Sportage is another two regular models in the ever-reliable Mitsubishi Triton and Australia’s second most popular hatchback the Hyundai i30.

Rounding off the list is another fast-rising brand and model, the MG HS. MG as a brand has been growing leaps and bounds in the last 24 months and is quickly rising up the sales charts. Offering a very competitive price and strong fuel efficiency, it’s hard to see the growth of MG declining anytime soon.

The midyear vehicle sales number report shows much of the same along with some surprising new entrants. It will be very exciting to see the final year end numbers and to continue to see the growth of new entrants to the Australian Motor Market.

We hope you enjoyed reading this article. To read more articles like this, please visit the Shop for Cars latest news page here.

About Shop for Cars,

Shop for Cars is Australia’s first car dealership-only online classified. Shop for Cars brings you the best quality new and used vehicles from trusted motor dealers Australia wide. Shop for Cars currently has over 12,500 cars listed for sale all from licensed Motor Vehicle Dealers ONLY.

DISCLAIMER: This information has been sourced from the official numbers released by FCAI

2022 shop for car All rights reserved