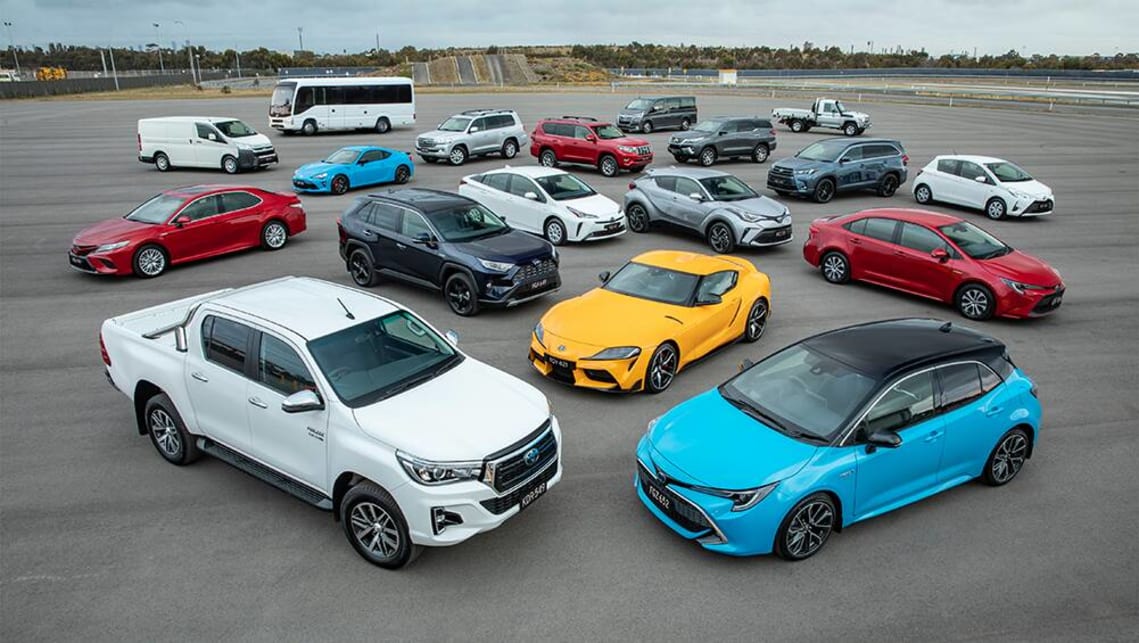 It’s official! The results have been released for the top 10 selling cars in Australia in 2020. In a year that will be remembered for changing our very way of life, car buying remained steady. Throughout 2020 Australians purchased 916,968 vehicles slightly down on 1,062,867 from 2019.

Unsurprisingly for the fifth year in a row the Toyota Hilux has remained the most popular car in Australia. The Toyota Hilux sold 45,176 vehicles in 2020 and shows no signs of slowing down.

With size, multiple uses, 28L engine and a comfortable suspension set up its no surprise why the Hilux is a standout for Australian buyers.

For a second year in a row the Ford Ranger has placed second to the Hilux. Throughout 2020 the ranger sold 40,973 units. A positive sign for the Ranger is this is an increase of 2% on 2019's number.

Like the Toyota Hilux, the ranger offers buyers size, comfortability, and multiple uses.

Strengthening Toyota’s dominance in the Australian market is the success of the Toyota Rav4. Australia’s highest selling SUV sold 38,537 units which is a breath-taking 58.8% increase on 2019.

The RAV4 comes with a 2.5l engine as well as a hybrid option. Offering Australian car buyer a spacious drive it's no surprise why the RAV4 is Australia's highest selling SUV.

Australia's most popular compact car has continued it’s dominance with Australian motorists. The Toyota Corolla sold 25,882 units in 2020. This is further strengthened by the latest release of the Toyota Corolla Hybrid option.

The Mazda CX-5 still had a very strong 2020 with 21,979 units sold. The CX-5 offers buyers a choice of either petrol or diesel engine. The CX-5 comes with smart city break support and the latest cruise control functionality. It’s no surprise why the CX-5 remains so popular with Australians.

Slightly trailing the Toyota Corolla, the Hyundai i30 still remained one of Australia’s most popular compact cars. The i30 sold 20,734 units throughout 2020. The i30 has proven to be a popular first car choice for Australians.

Remaining in seventh position for the second year running is the Mitsubishi Triton. The Mitsubishi Triton sold 18,136 units in 2020. Sales remained steady; however, it is selling half of competitors Toyota Hilux and the Ford Ranger.

The Toyota Prado sold 18,304 units in 2020. Sales remained steady for the Prado from 2019 to 2020 which further highlights Toyota’s dominance with Australian car buyers.

The Kia Cerato has proven again to be a popular sedan choice for Australian buyers. The Cerato sold 17,559 units throughout 2020. Being in the top 10 2 years in a row the Cerato shows no signs of slowing down.

The Hyundai Tucson proved to be a popular choice of SUV for Australians. Slightly trailing the 5th placed Mazda CX-5 the Tucson sold 15,789 units throughout 2020.

If you are looking for your next dream car Shop for Cars has you covered. Shop for Cars is Australia's first dealership only website giving you the easiest way to find cars for sale from trusted car dealerships.

2022 shop for car All rights reserved